Abraham: Living by Faith – Lesson 11 The Tongue of Faith

This is the fourth step in Hebrews 11: 13 in the development of faith. The Bible gives us many warnings about the wrong use of our tongue.

What we say is connected with our heart because it is “out of the abundance of the heart the mouth speaks.” Matthew 12:34

Genesis 20: 1, 2, 13 This was the second time Abraham had lied to others about Sarah being his wife but, in this story, we find the reason he kept repeating this particular sin. When they left Ur of the Chaldees to follow God, they had made an agreement to lie about their relationship as husband and wife. They decided to do this because of Abraham’s fear for his life. It is only after they had made proper confession about their lie that Abraham was able to conquer this particular sin.

Genesis 22: 1-8 God has a right to test us. This was the greatest test of faith in Abraham’s life because God asked him to sacrifice his only begotten son, Isaac.

Worship is always connected with sacrificing to God something you love. Notice that Abraham got up early to obey God and sacrifice his son!

In Genesis 22:5 Abraham made a statement of faith. He had been thinking about what God had asked him to do and made the decision to obey God. Abraham planned to sacrifice his son as God had said, and yet he said to the young men with them, “I and the lad will go yonder, and worship and we will come back to you.” That was a tremendous statement of faith. He was developing the tongue of faith.

In Genesis 22:8 he went even further than making a statement of faith; he began to prophesy about what God was going to do. Isaac had noticed they had everything they needed for the sacrifice except the lamb, so he asked his father, “Where is the lamb?” Abraham began to speak from his heart, “God will provide Himself a lamb, my son.” He was prophesying because this was exactly what happened. Hebrews 11: 14 speaks of people who “declare plainly.”

Notice it was Abraham who prepared everything for his sacrifice. He was old and rich and could have ordered any of his servants to do these things.

Why did Abraham do all this himself? Because no one else can worship for you. Worship demands our participation.

Now it was God who got in a hurry calling, “Abraham, Abraham, do not lay your hand on the lad.” There was no need for Isaac to die physically because he was already dead in Abraham’s heart and mind. Hebrews 11: 17-19 Abraham could not understand why God was asking him to sacrifice his son, but he believed God was going to resurrect his dead boy. He had passed his greatest test of faith.

God told him, “Now I know that you fear God.” Genesis 22:12 But doesn’t God know everything? How then can God say, ” now I know”? The Hebrew word translated “know” is the word that means some knowledge you have experienced. It is the same word used in Genesis 4: 1 where you read, “And Adam knew his wife Eve.” God had experienced the faith of Abraham in a new dimension, in a way that He had never experienced before.

Then God placed Himself under oath and began to prophesy. “Because He could swear by no one greater, He swore by Himself’ telling Abraham his “seed shall possess the gates of their enemies.” Hebrews 6: 13 All the promises of God are conditional, but Abraham had now met God’s conditions. He would never face this particular test of his faith again. He had passed the test of the tongue of faith.

Abraham saw the ram that God had already provided for the sacrifice. It had been here all the time, but he could not see God’s provision until he had obeyed God. Abraham received the revelation of God being “Jehovah-Jireh,” meaning God sees into the future and provides everything we will need to obey Him. Abraham learned that God has strategically placed provisions to be found along the pathway of faithful obedience to His commands. I Chronicles 21:15-22 II Chronicles 3:1

1,000 Years Later at This Same Rock God Remembered the Faith of Abraham and Stopped the Angel from Destroying Jerusalem. David Bought This Place and Later Solomon Built the Temple Here. 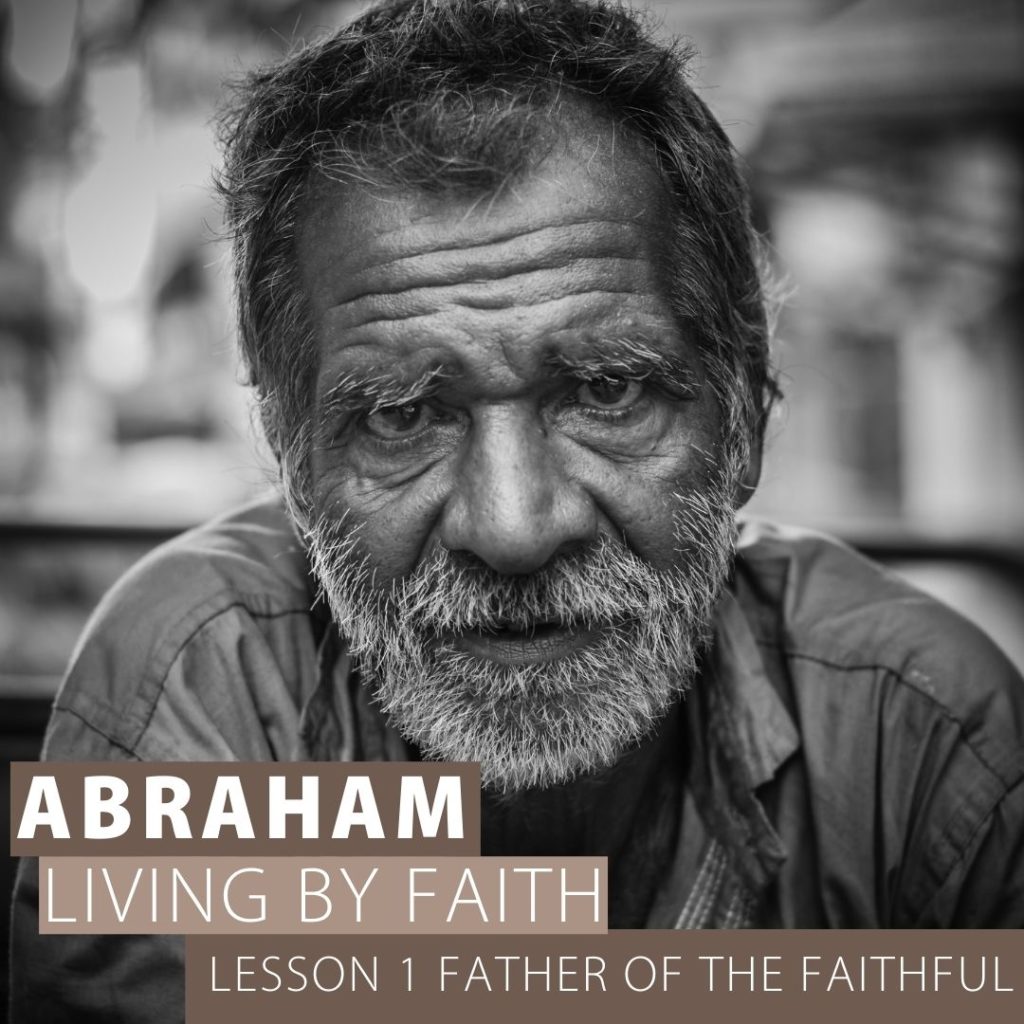 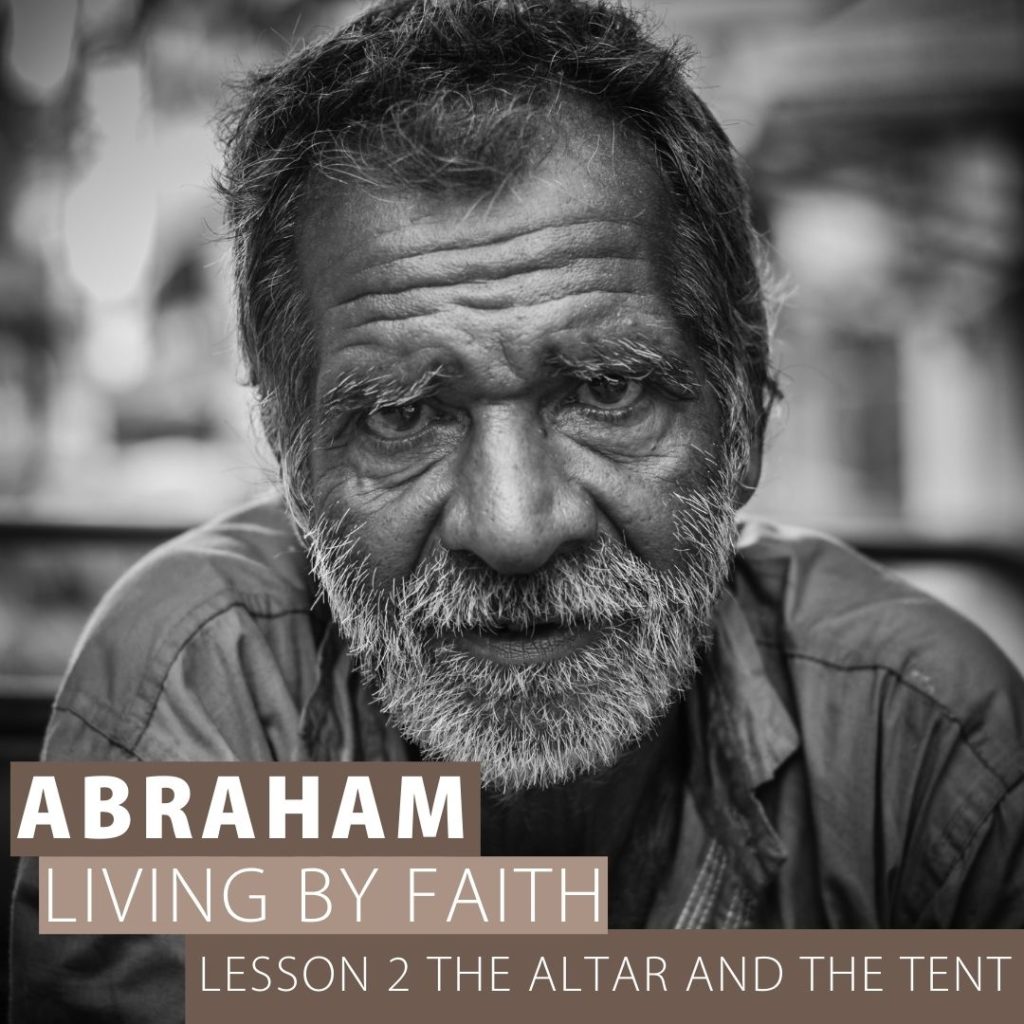 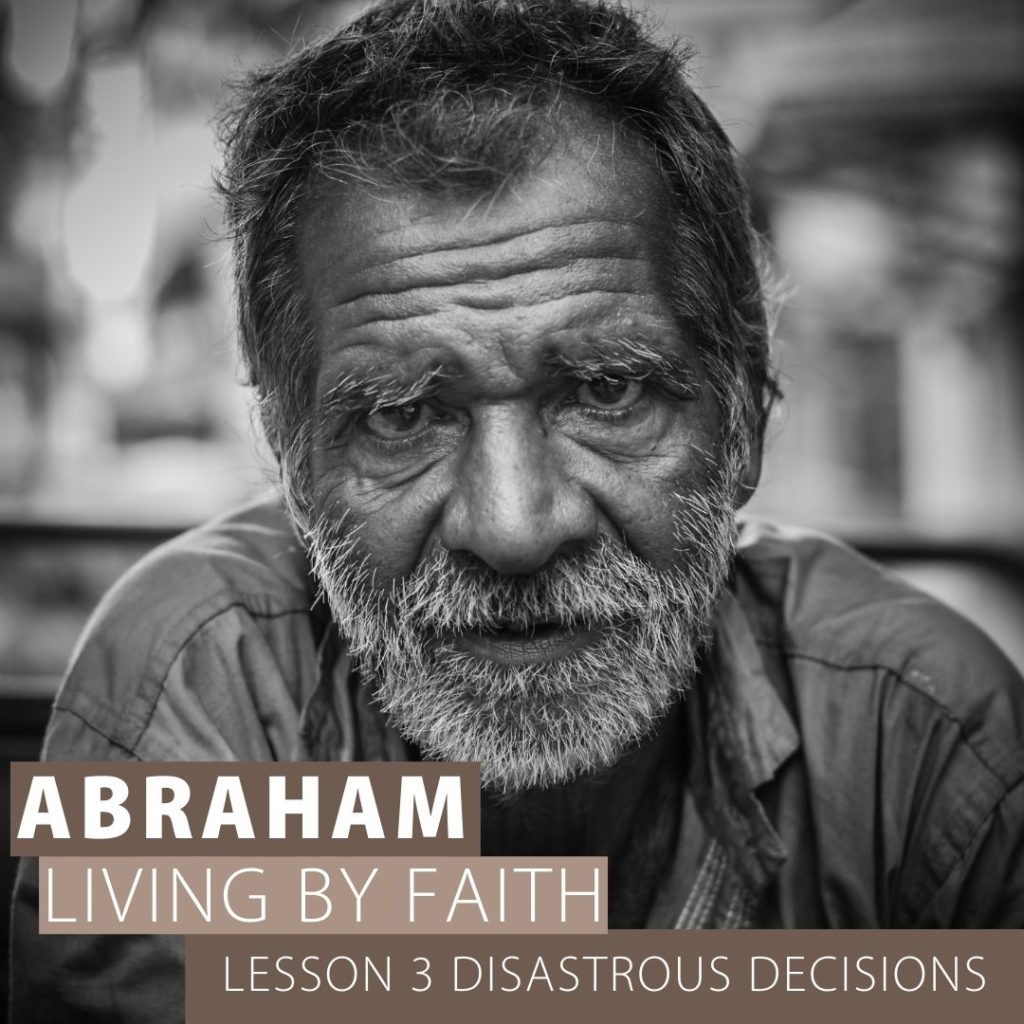 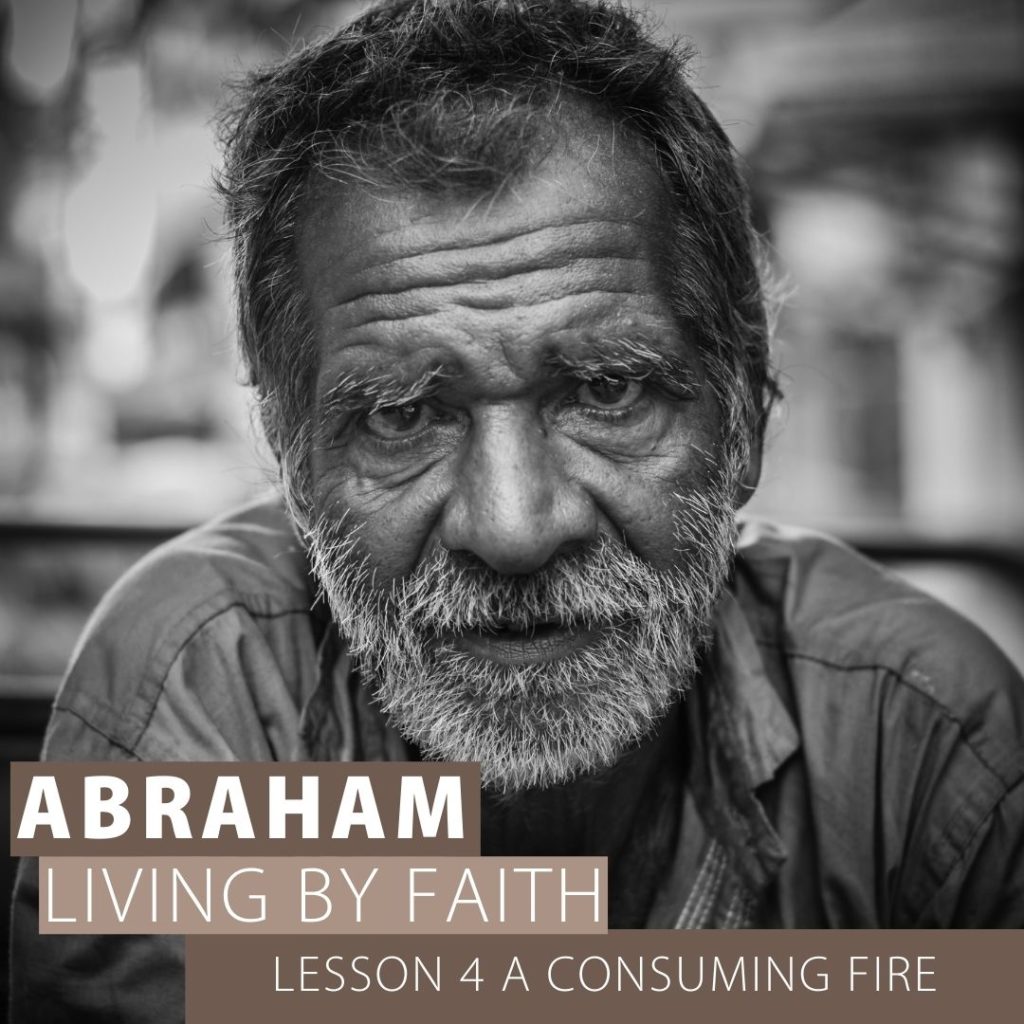 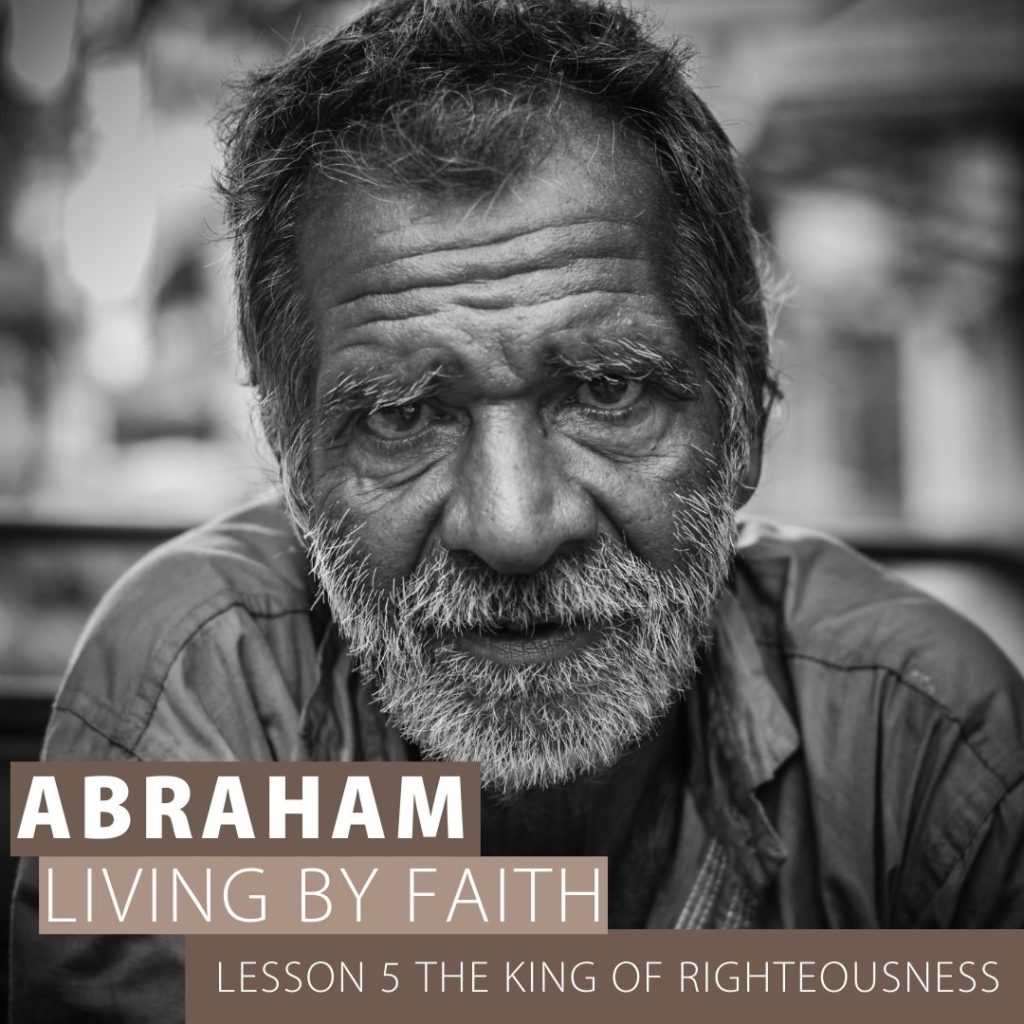 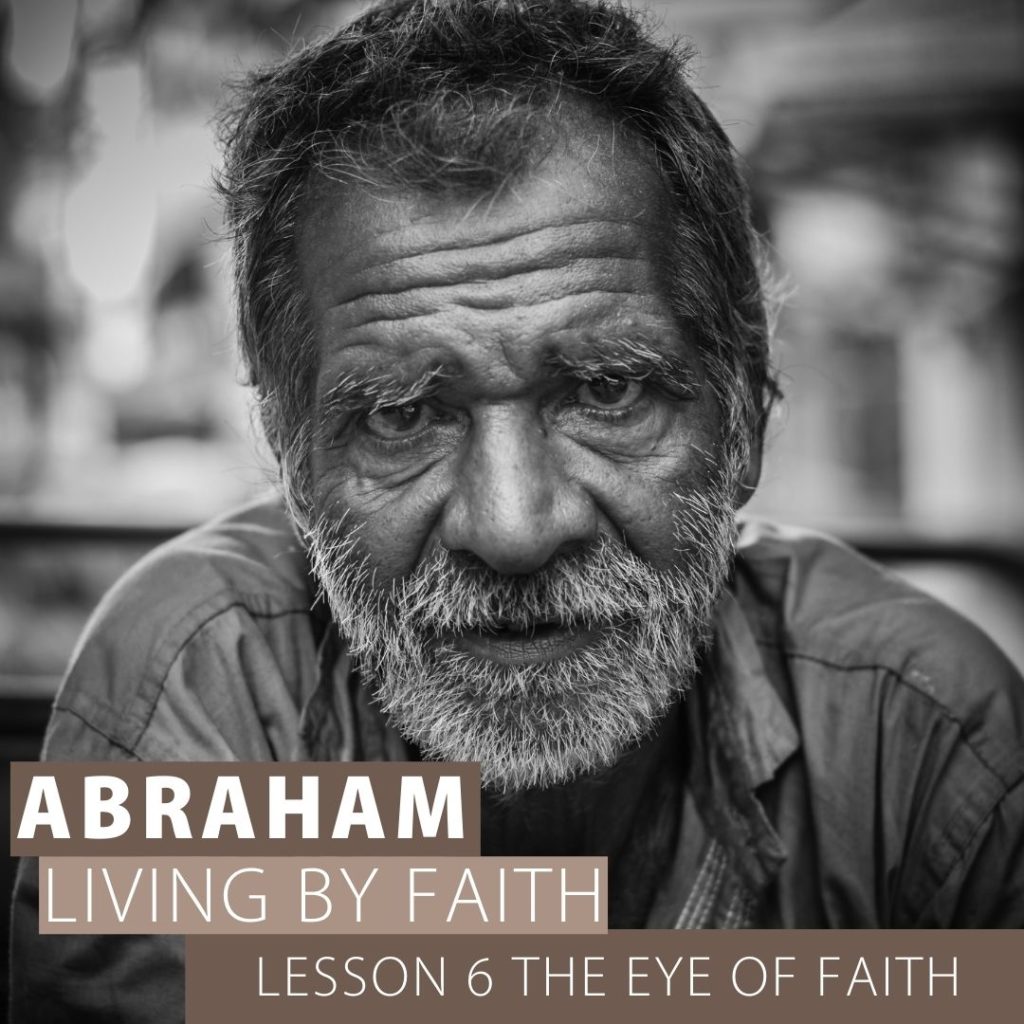 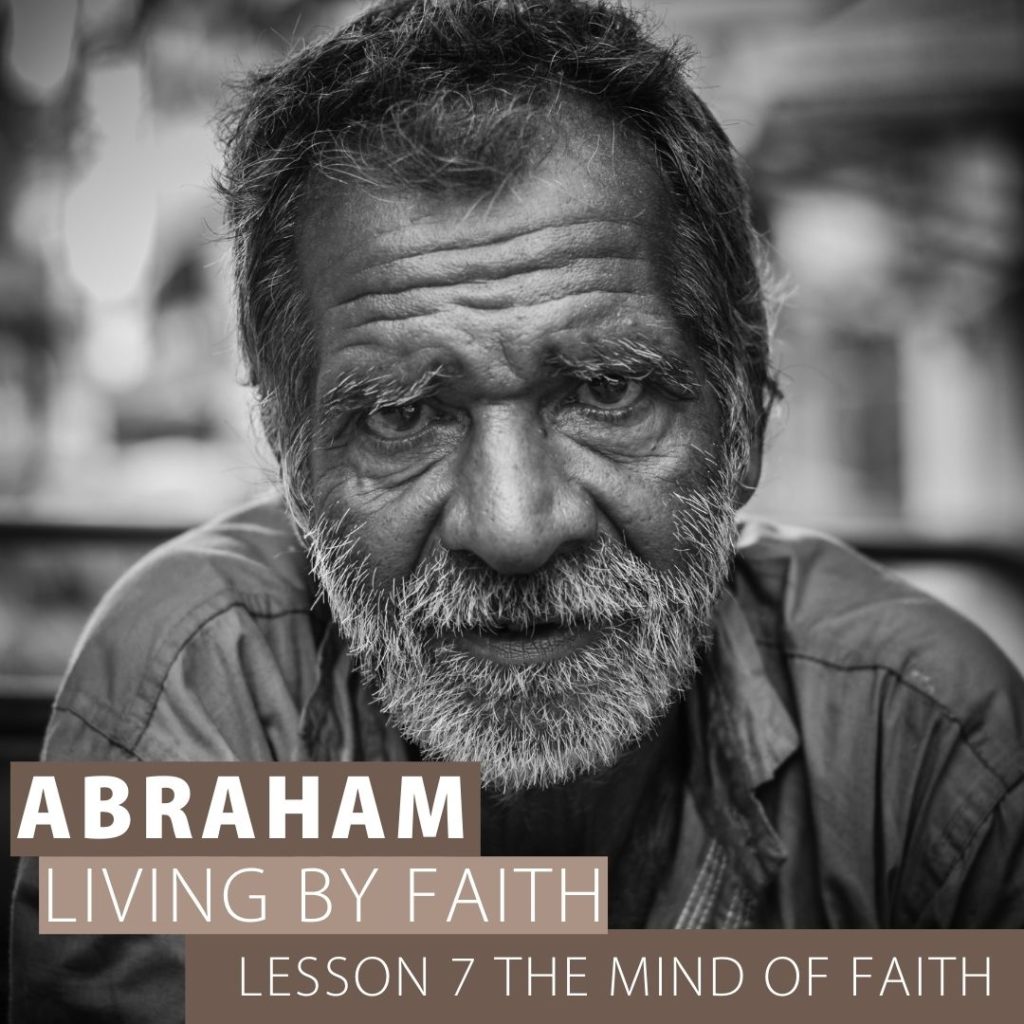 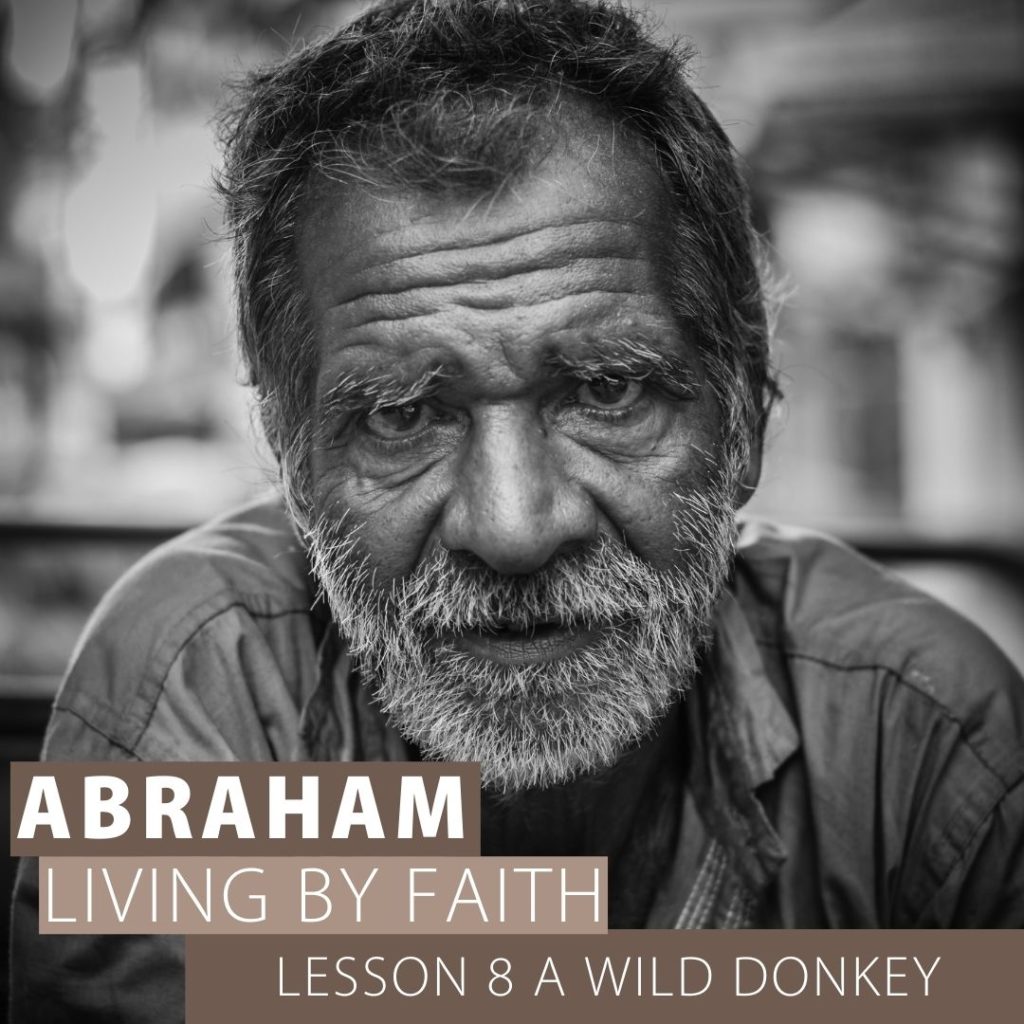 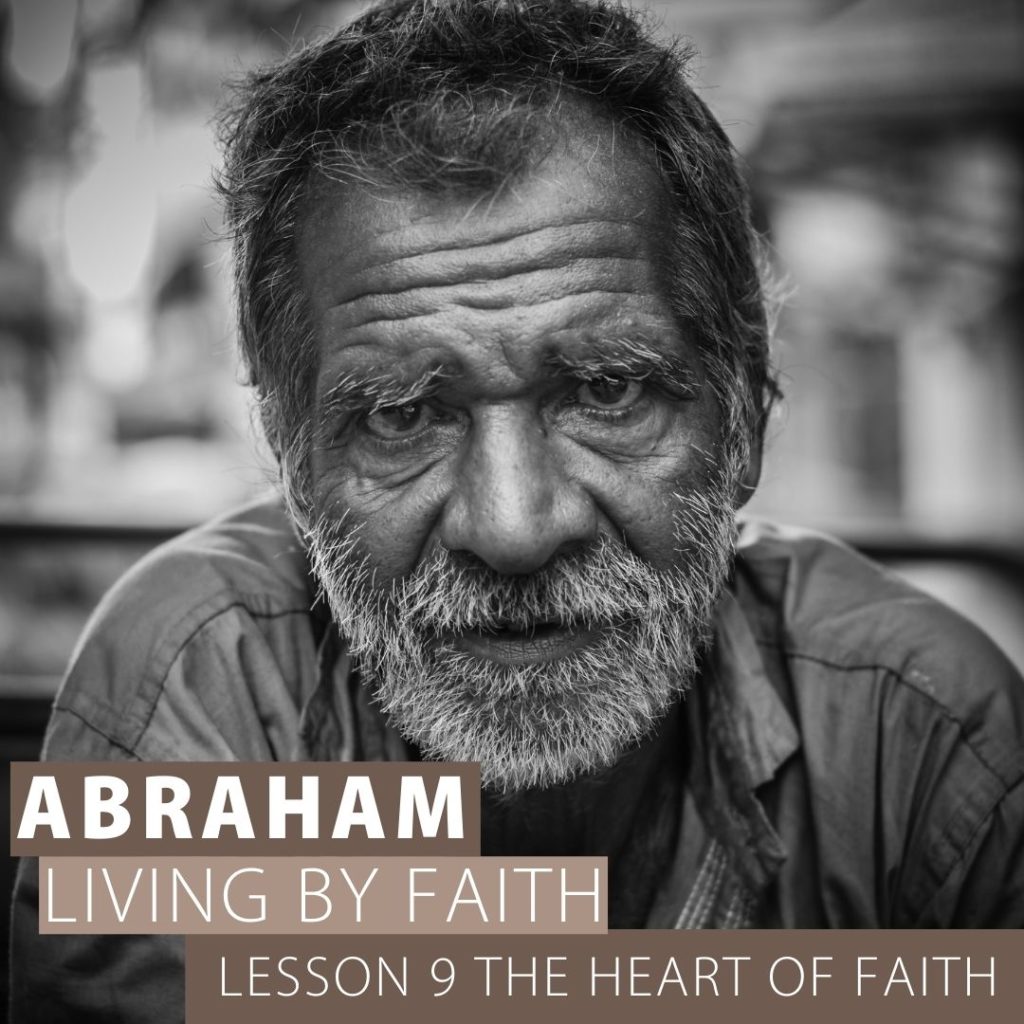 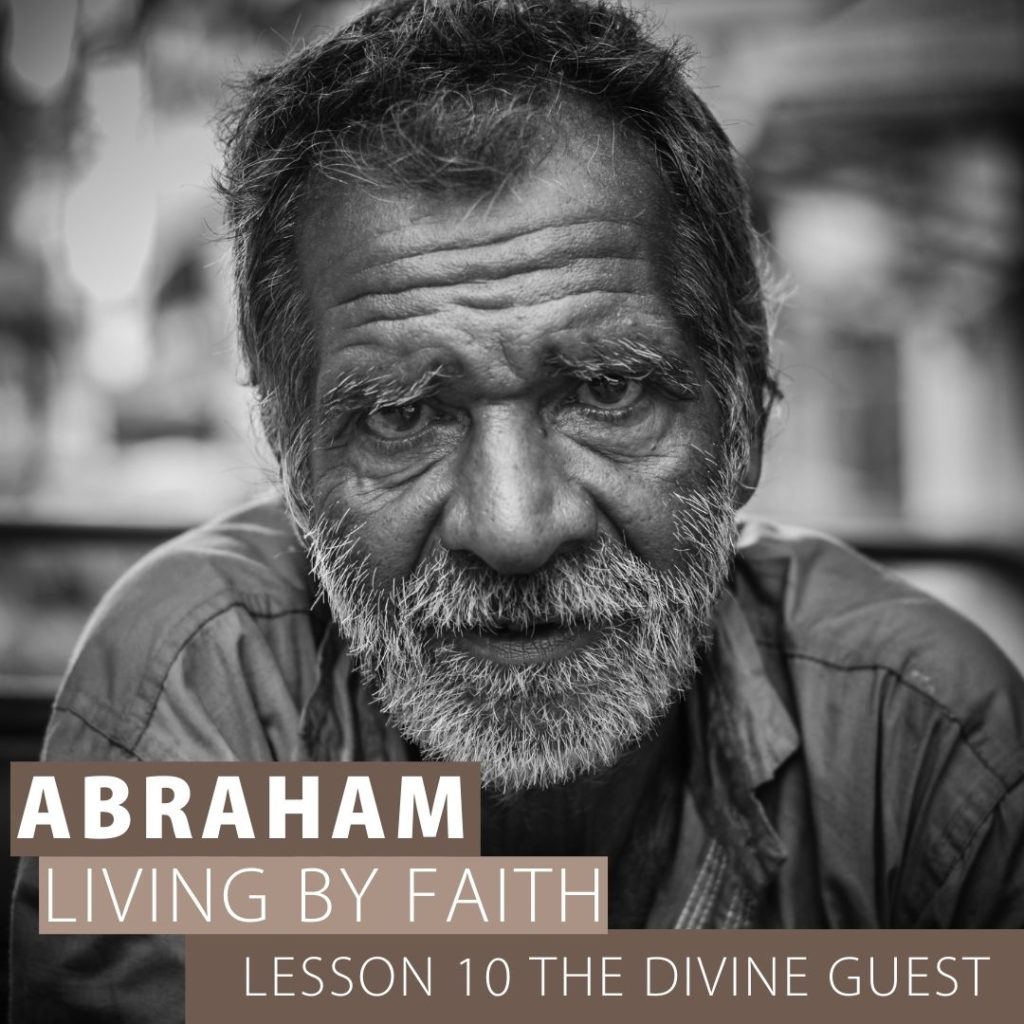 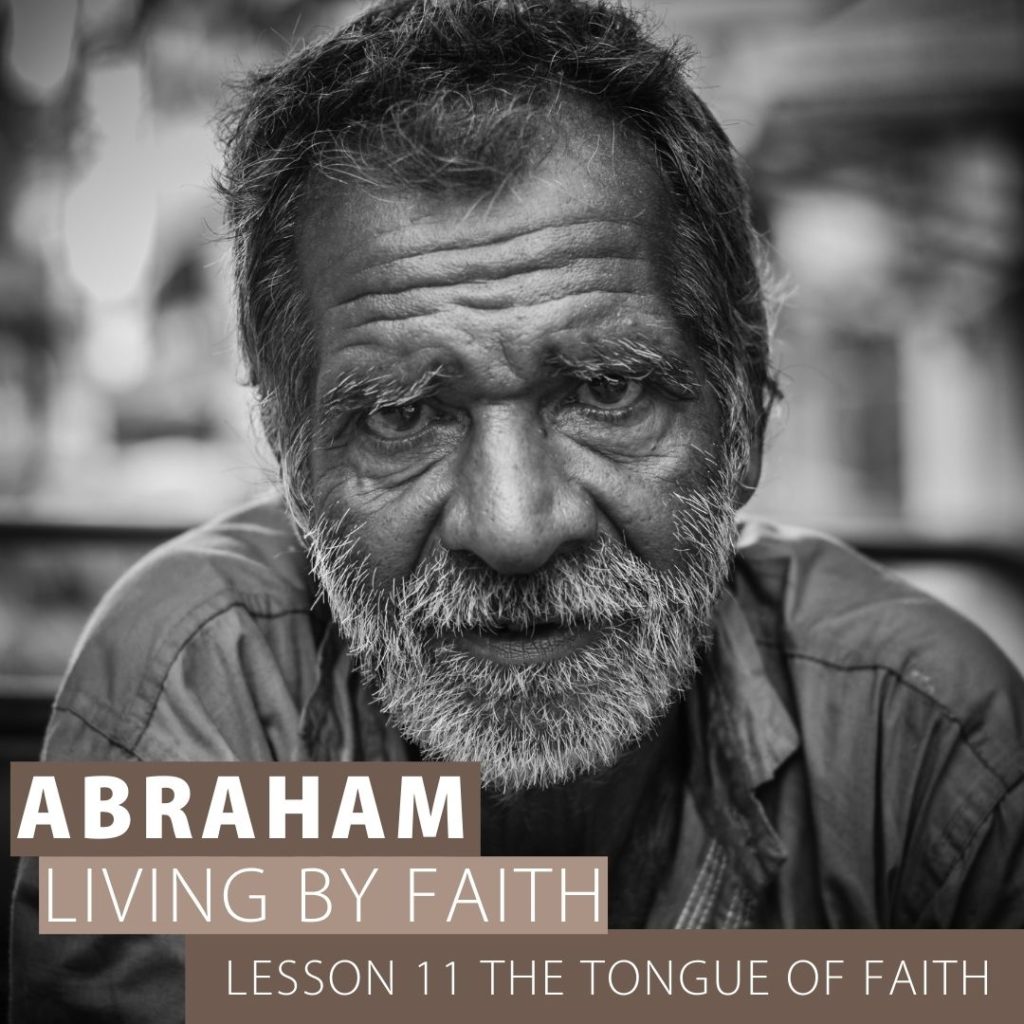 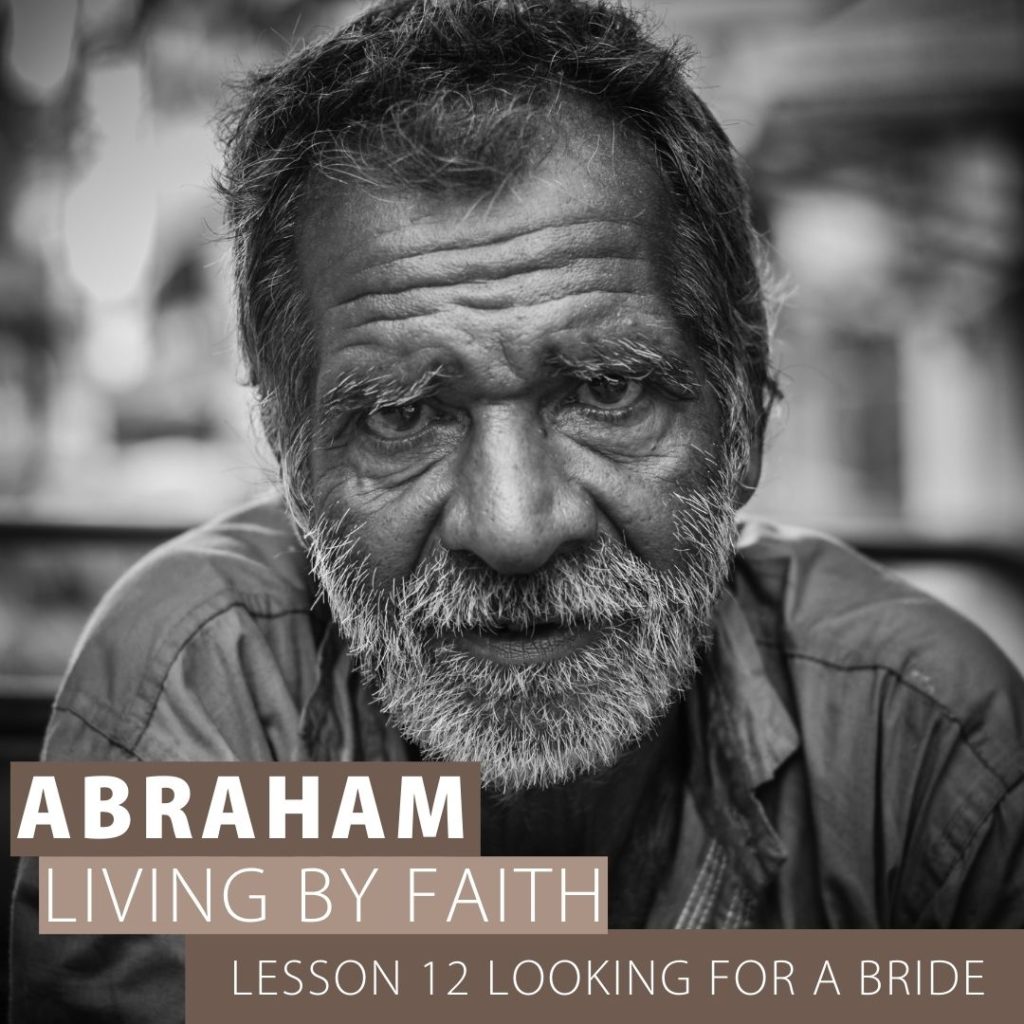 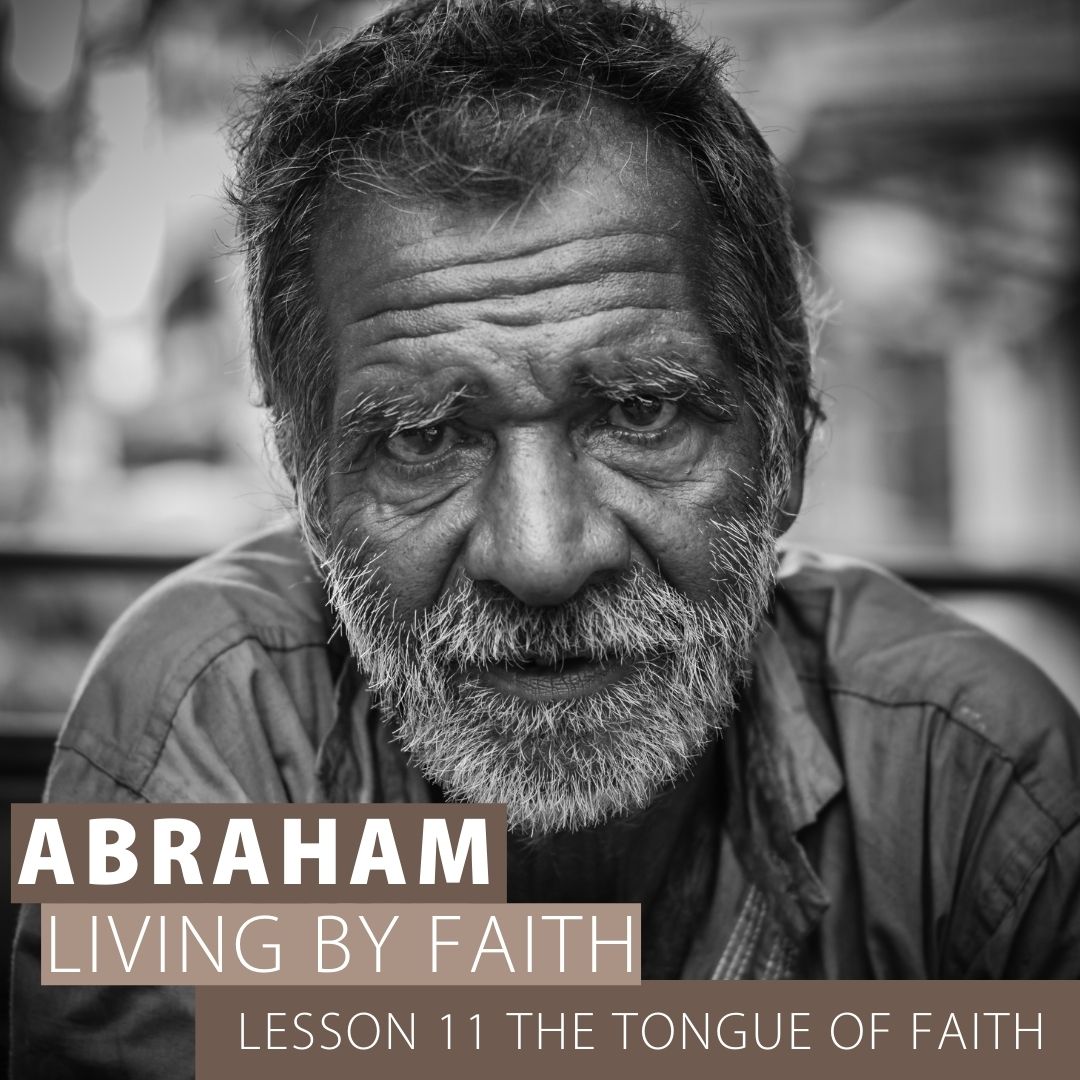 No reviews of Abraham: Living by Faith – Lesson 11 The Tongue of Faith
Leave First Review

Reviews for Abraham: Living by Faith – Lesson 11 The Tongue of Faith

There are currently no reviews for Abraham: Living by Faith – Lesson 11 The Tongue of Faith