Connecting Generations: Lesson 2 – The Heart of a Father

The Heart of a Father

(Luke 15:11-32)  The story we call “The Prodigal Son” is actually more about a father’s love than it is a son’s rebellion.  The father is the main character in the story and his love triumphs over his son’s selfishness.

The father based his decisions on his love for his family.  The boys were thinking about themselves, but the father was thinking about his sons.  There are times as a parent when we are faced with decisions where there are no good choices.  The younger son was being unreasonable.  We don’t know why he was demanding his inheritance before his father’s death, but he had no right to demand it.  The inheritance wasn’t his until his father died.

Whether or not we think that the father made a good decision in dividing his estate between his sons and giving them ownership of his property is not the issue.  In the end, the father’s decision proved wise because his younger son returned home with the right attitude.  The father believed that one day his son would return.  How could he be so sure?  Because “faith works by love.” (Galatians 5:6)  The father’s love conquered the selfishness of the younger son.  The story also leads us to believe that the father’s love won over the cynical arguments of the older son.  Because “love never fails.”  (I Corinthians 13:8)

How did the father know his son would return home?  It was more than his love.  The father in his wisdom knew one day a famine would come and his son would find himself in big trouble.  In the end, it was hunger as much as it was love that brought the prodigal home.

The father knew that difficult days would come, and when difficult days come they bring back good memories of home.  Our troubles force us to forget the unhappiness that caused us to leave and home begins to look very inviting.  Home is the place where when we go they must take us in.  Home is where we belong.

“But when he came to himself, he said, ‘How many of my father’s hired servants have bread enough to spare and I perish with hunger.’”  The father knew that his son’s hunger would make him want to return home again.  Our heavenly Father knows the same thing.  It’s our need that brings us back to God.  With eyes of faith, the father was watching for his son’s return.  “When he was still a great way off, his father saw him and had compassion, and ran and fell on his neck and kissed him.”  As he heard his son’s confession he knew this was the time for celebration; not for counseling his wayward son.

Because of his love and wisdom, the father was able to successfully reason with his sons.  The younger son returned home to become a servant, but his father refused to permit this.  He said, “Bring out the best robe and put it on him and put a ring on his hand and sandals on his feet.  And bring the fatted calf here and kill it, and let us eat and be merry; for this, my son was dead and is alive again.”

Soon the older brother returned from the field and heard the celebration in the house.  He began acting rebelliously and the father went outside to reason with him.  “He was angry and would not go in.  Therefore his father came out and pleaded with him.”  The older son felt he was the one his father should have honored.  He felt his father had made another mistake with his younger brother.

The father reasoned with him, “You are always with me, and all I have is yours.”  The older brother would never know the pain his younger brother had experienced and the bad memories which would haunt him.  The younger brother had wasted his inheritance and forgiveness could not restore it.  There are some things forgiveness can’t restore.  Grace cannot bring back the time which was wasted and the opportunities which were lost.  Grace dries our tears but cannot keep us from crying when we realize what we have lost.

“It was right that we should make merry and be glad, for your brother was dead and is alive again.”  We do some things because it is right that we should do them.  We should rejoice every time a sinner repents.  The father was thinking of his family.  My son has returned and my family is restored.  The father knew that the family was of more importance than each of its individual members.  The father knew that one day the older brother would discover he needed his younger brother as much as his younger brother needed him.  We are a part of God’s eternal family, which is the church.

We are more than a church, we are family. 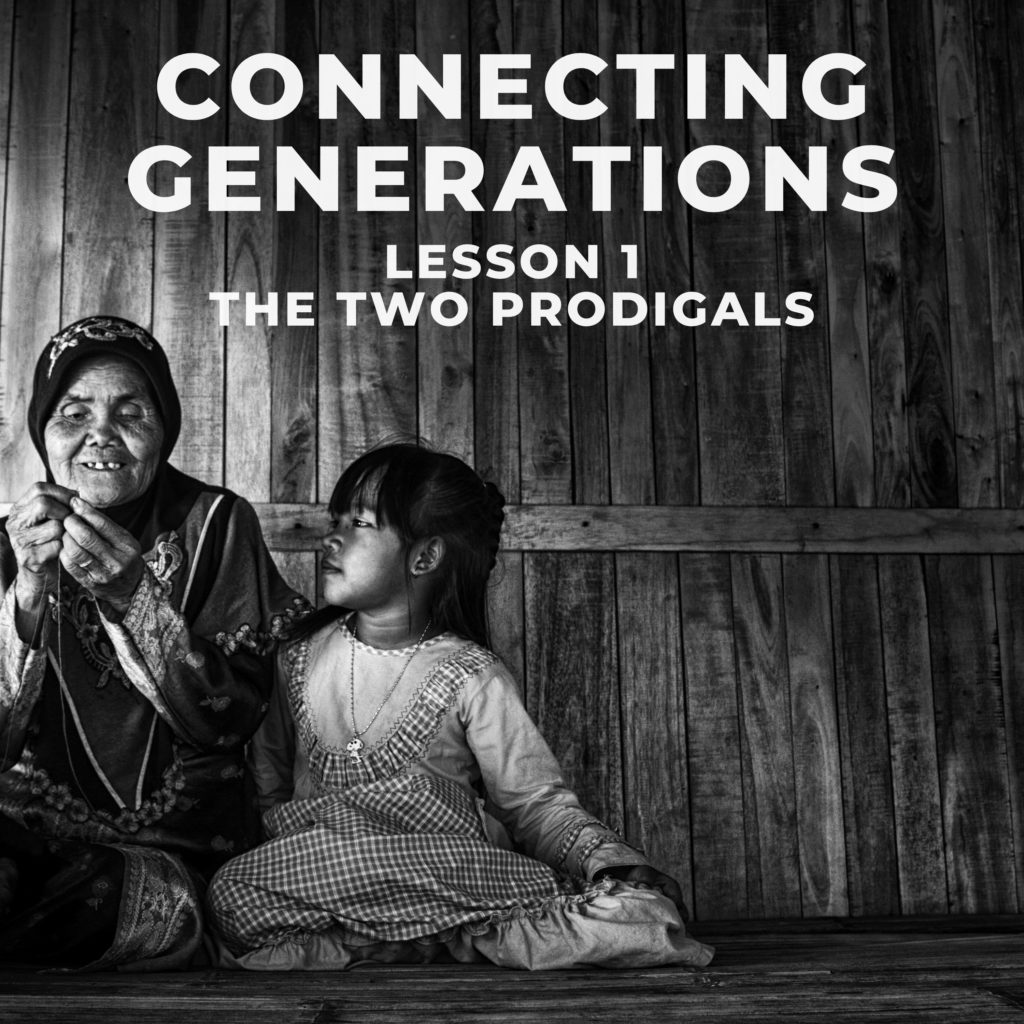 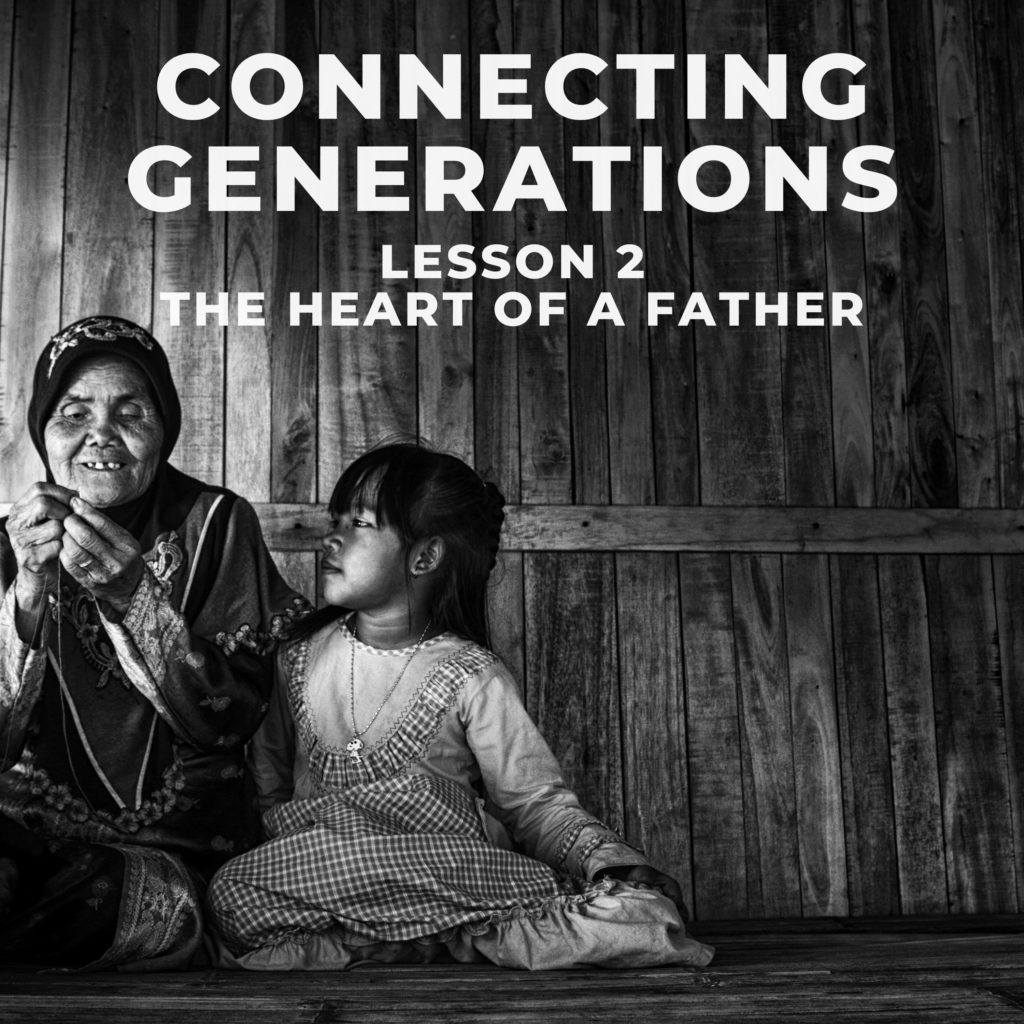 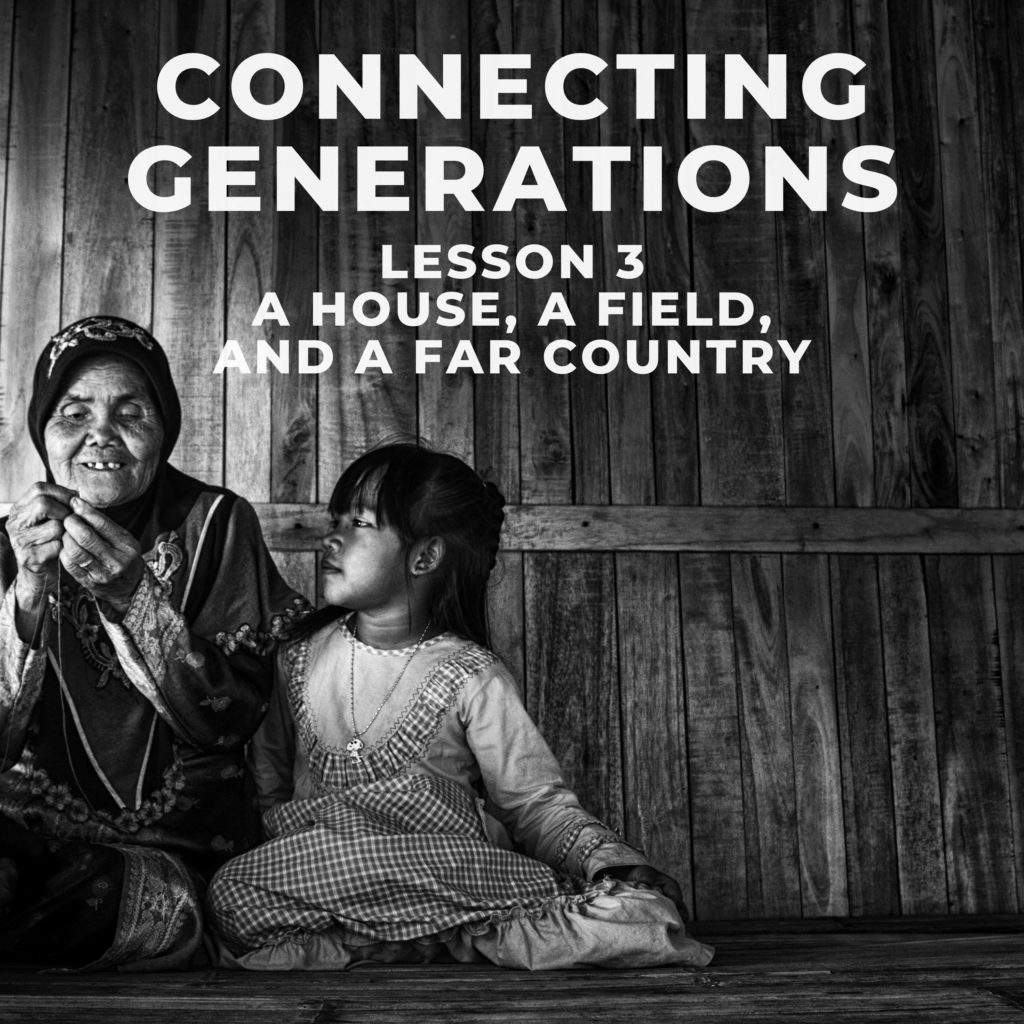 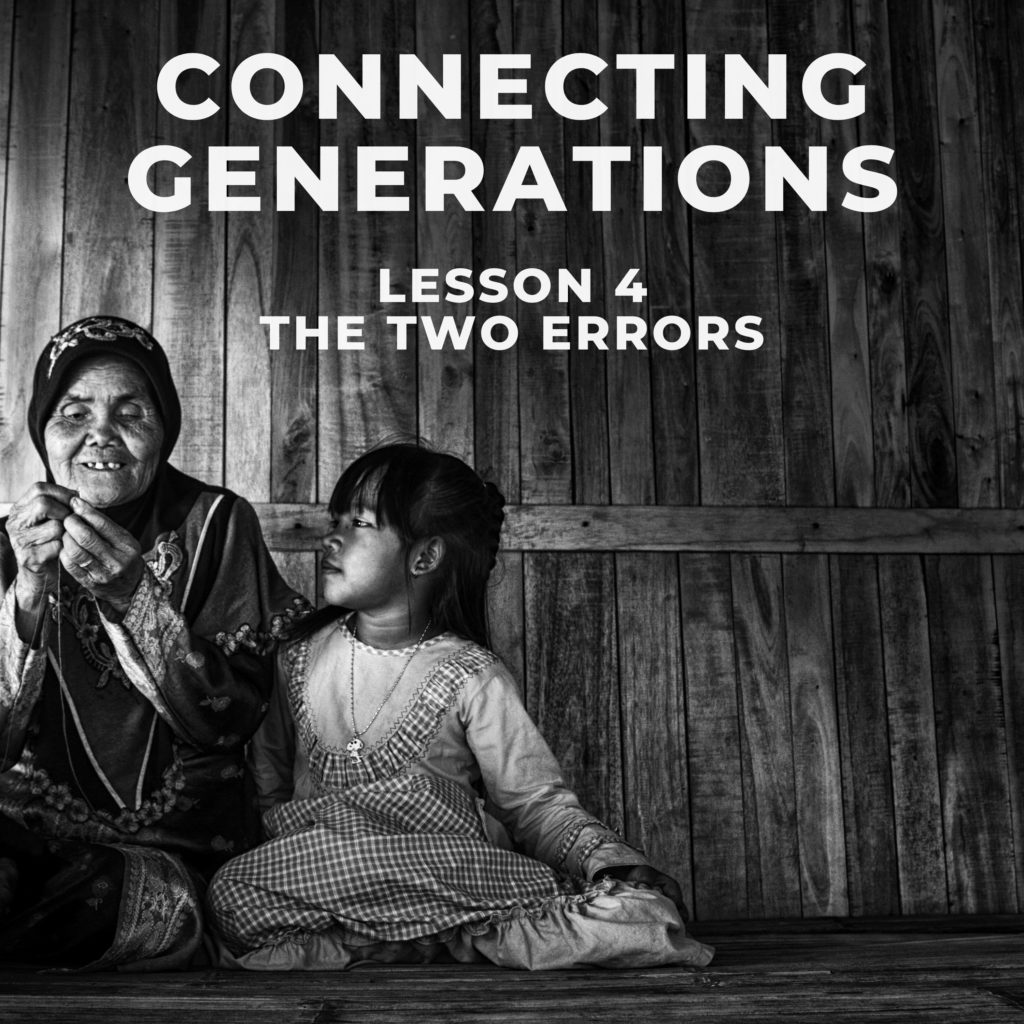 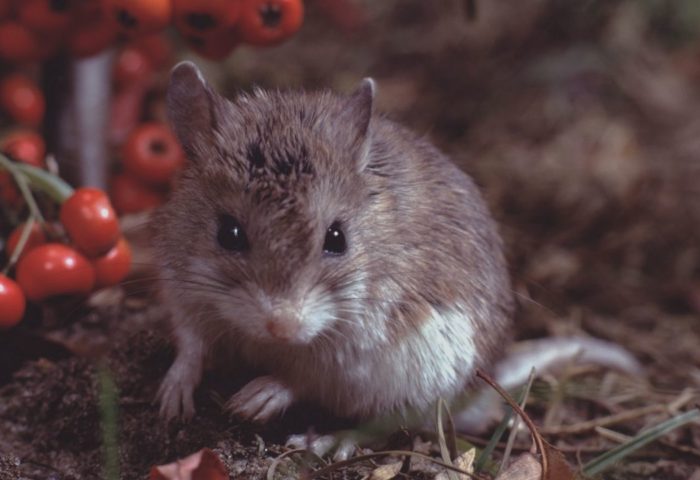 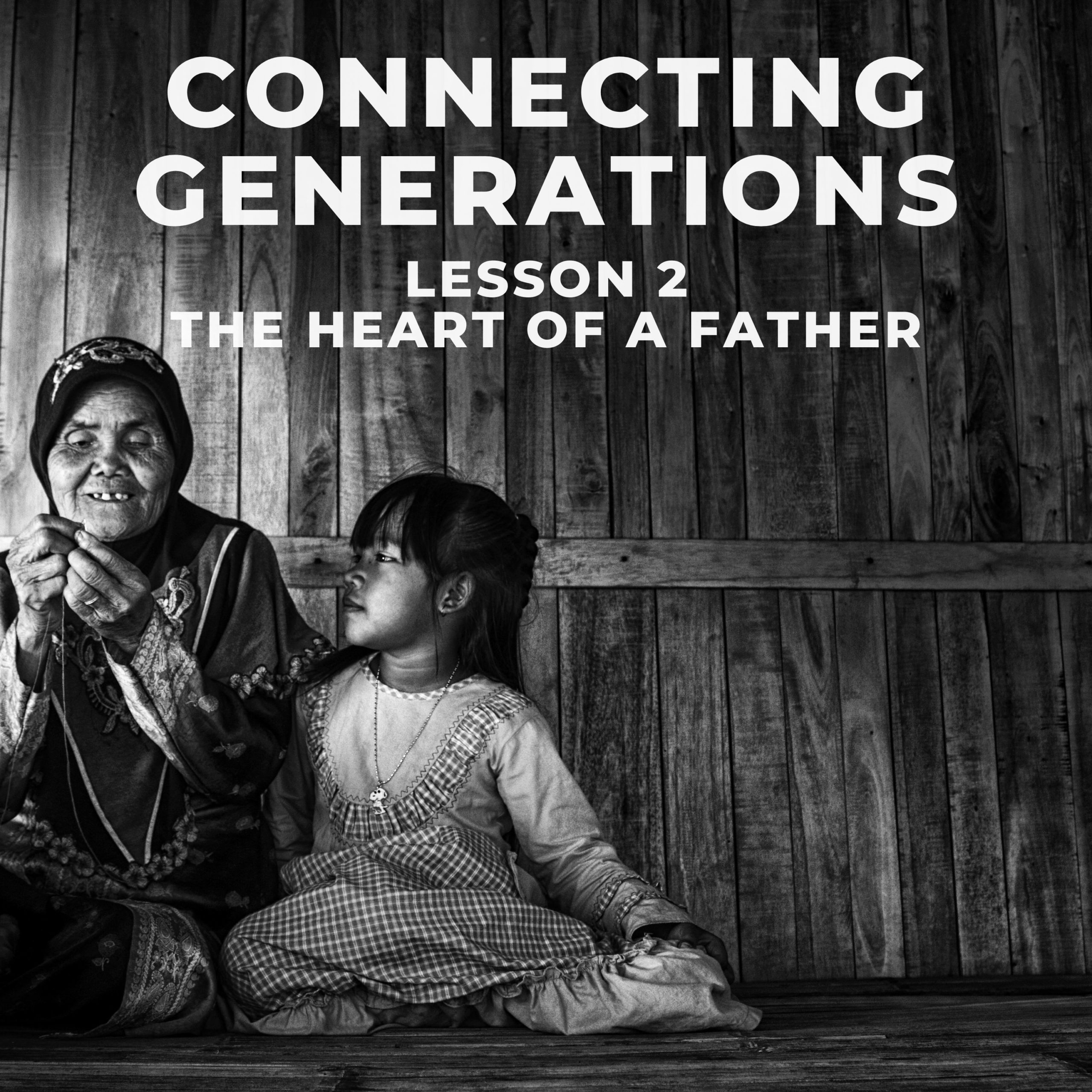 No reviews of Connecting Generations: Lesson 2 – The Heart of a Father
Leave First Review

Reviews for Connecting Generations: Lesson 2 – The Heart of a Father

There are currently no reviews for Connecting Generations: Lesson 2 – The Heart of a Father